U.S. Coast Guard District Eight recognized this problem with John Deere manufactured engines and distributed enforcement guidance to their field units on November 22, 2005. Since then, John Deere has engineered retrofit packages for approximately 400 units and has gained approval from the U.S. Coast Guard Marine Safety Center for some engine models. Because of widespread use of electronically controlled engines, we suspect there may be other equipment currently in use that similarly is not designed or approved for hazardous locations. Other manufacturers of these engines will likely need to follow suit with their own retrofit packages.

46 CFR 111.105-31(1) defines Class I / Division 1 locations as any area located within 10 feet (3 meters) of a cargo tank vent outlet or ullage opening, or cargo pipe flange or valve on a tank barge that carries a flammable or combustible cargo with a flashpoint below 60 degrees C (140 degrees F). By regulations, electrical equipment located in hazardous locations must be approved intrinsically safe, explosion-proof, or purged and pressurized.

On John Deere electronically controlled cargo pump engines, electrical ignition sources were found in control panels, notification lights, alternators, batteries, computers, and associated wiring for engine sensors. Since new components are still being designed and tested, it may be some time before all electronic components on John Deere engines can be re-engineered and retrofitted for hazardous locations. Again, we suspect other makes of electronically controlled engines have the same issues.

Until complete retrofit packages are designed and approved for these engines, vessel operators and OCMIs should take immediate steps to eliminate the risk by ensuring all electrical components on tank barges are in sound and serviceable condition, and those components that that are not suitable for hazardous locations are replaced as soon as possible.

See the photographs below for examples of electrical components on electronically-controlled pump engines that should be examined, repaired or replaced. All electric starters should be removed and replaced with a hydraulic starter with a manual hand pump, or a pneumatic starter with the air compressor located in a non-hazardous location.

Alternators: If an alternator is used, it should be an approved flameproof or explosion proof alternator. 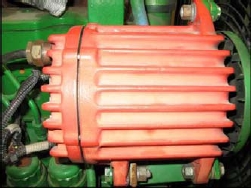 In some installations, cables between the alternator and battery were cut and a connector put in place to allow easier servicing. This alteration is not appropriate for hazardous locations. The cable seal on this alternator may not be the one approved for the alternator and may have to be examined. 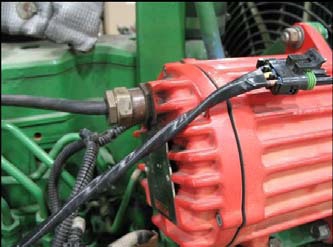 Cable entries on flameproof or explosion proof enclosures require sealing fittings that are suitable for the enclosure.

Electronic displays should be enclosed in explosion proof enclosures. 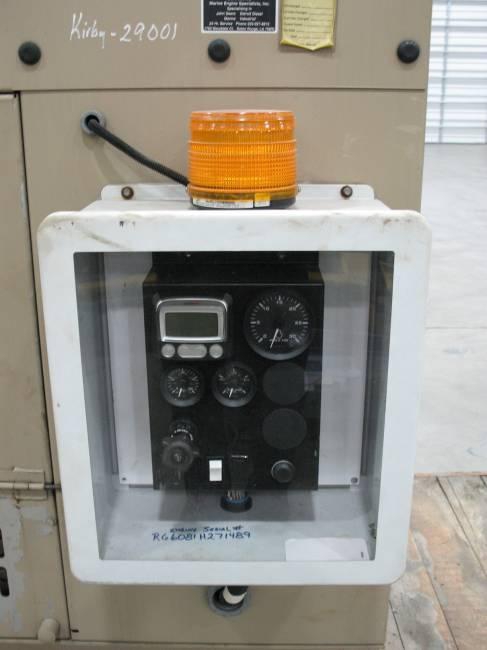 Typical unacceptable electronic display. This is not in an explosion proof enclosure. The beacon installation shown here outside of the enclosure is also unacceptable.

Typical acceptable electronic display – This particular one was approved by the Marine Safety Center (John Deere Part No. RE531478) 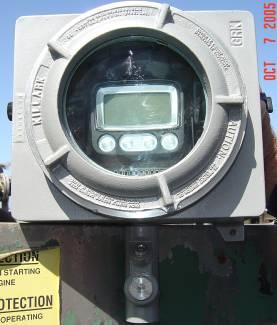 Engine control units (ECU) should be installed in an explosion-proof enclosure or outside the hazardous zone.
On this particular ECU, a large hole was drilled in the bottom of the enclosure with multiple wiring harnesses coming into it and installed without any sealing compound installed in the cable gland. This is not acceptable in hazardous locations. 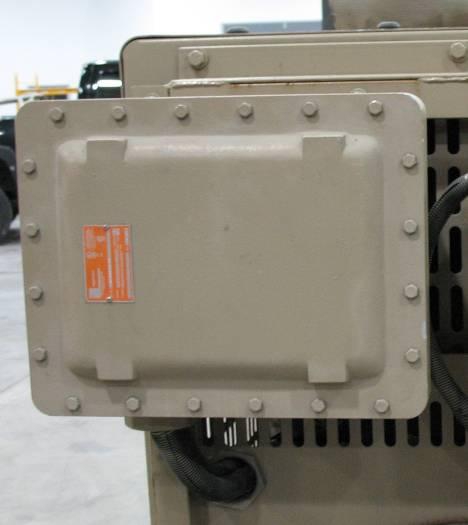 An acceptable engine control unit (ECU) enclosure is shown here with a sealing compound installed in a proper cable gland. Sealing compound poured in the conduit or cable seal fitting should surround each individual insulated conductor and the outer jacket of the cable, unless the cable is gas tight. Cables should be prevented from being pulled out of the conduit or cable seal fitting. 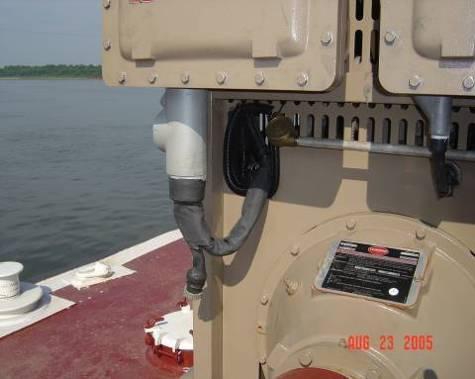 Batteries should be placed in explosion proof enclosures and should have an approved breather installed on top.

An acceptable battery installation as shown here, approved for this purpose should be the "sealed, gel or AGM" types. 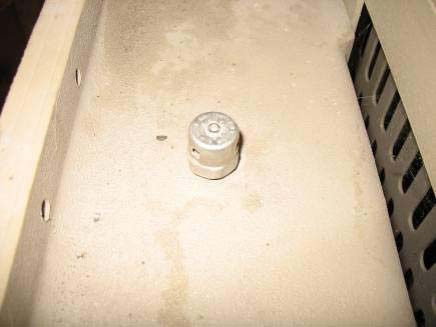 This safety alert is provided for informational purposes only and does not relieve any domestic or international safety, operational or material requirement. Developed by the Office of Domestic Vessel Activities (CG-5431), United States Coast Guard Headquarters, Washington, DC. Questions should be directed to LT James T. Fogle at (202) 372-1038 or james.t.fogle@uscg.mil.